Can a Blocked DPF Cause Power Loss? 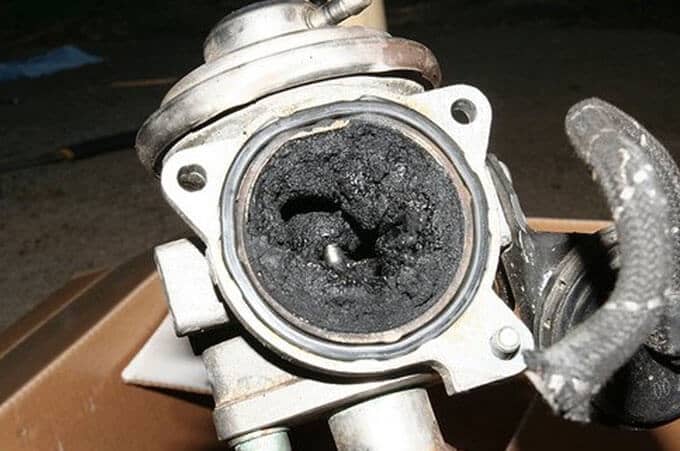 You may have heard about your vehicle’s diesel particulate filter, or DPF, before. If you haven’t, then allow us to give you a quick rundown on the function of this vital component:

Almost all diesel cars nowadays are required to have a DPF installed. Why? Well, because without it, the soot that is produced as a result of burning diesel fuel would then be released into the atmosphere, causing all sorts of environmental and human health catastrophes such as air pollution, water pollution, acid rain, death of ecosystems, respiratory illnesses, cancer, mutations- you get the idea. A DPF works by trapping this soot before it’s released into the atmosphere, then burning these particles down into a less harmful state. Now this is all well and good as long as it’s maintained. On the other hand, without proper regeneration, this filter can get so clogged up with gunk and soot that it can end up causing a blockage.

A blockage isn’t so bad if it’s dealt with straight away. However, choosing to ignore the signs can end up causing a variety of problems for your vehicle, such as difficulty starting, reduced fuel economy, and even power loss. Let’s take a closer look at how a blocked DPF can cause power loss in particular:

How a Blocked DPF Can Lead to Power Loss

A DPF blockage affects your vehicle’s exhaust system by hindering its ability to remove excess gas from your engine. As you can probably imagine, allowing this gas to build up within the engine would prevent it from working as efficiently as it once did. So, no matter how hard you try and accelerate, your engine will still feel weaker, as it’s using more of its energy to push the exhaust fumes through the DPF rather than accelerate the car. As a result, decreased fuel economy is also experienced, as your vehicle would be working harder in order to make up for the loss in power.

One other thing you should take note of is that a blocked DPF can generally point to issues towards your vehicle’s Exhaust Gas Recirculation (EGR) valve as well. The EGR system is responsible for redirecting a small amount of exhaust gases back into the engine intake manifold in order to lower combustion temperature. An EGR valve becomes clogged or stuck close when carbon build up on the valve causes it to stick. When an EGR valve becomes clogged or stuck close, it can increase the amount of diesel soot passed on to the DPF, contributing towards faster blockage. A clogged EGR valve alone can cause a rough idle and heavy knocking, both of which are tell-tale signs of pre-detonation.

How to Avoid DPF-Related Power Loss

If you want to avoid power loss, as well as all the other symptoms associated with a blocked DPF, then you may want to try following these preventative measures:

With short city driving, you’re not giving your exhaust system enough time to heat up to a high enough temperature that will allow your DPF filter to regenerate (or clean itself) on its own. If you’re guilty of only taking your car out for short errands, then you should consider going out for a long drive or taking a road trip every once in a while. This will allow the exhaust to get to the temperature it needs to burn off the excess soot.

A warning light will show up on your dashboard in the event that your DPF is unable to undergo regeneration on its own. In this case, it will require a forced regeneration induced by a mechanic, so you should take your vehicle in for a service at once after noticing this warning light come on. Failure to do so could end up causing damage to your engine, calling for costly repairs and maintenance.

Get DPF Maintenance Every 50,000kms

For those drivers who aren’t able to take their cars on long trips, it’s especially important to book your vehicle in for a DPF service around every 50,000kms. By cleaning and servicing your DPF at these intervals, you can ensure to keep your DPF in top condition whilst also prolonging the lifespan of your vehicle.

Got a Blocked DPF? Turn to European Prestige Auto Service

It can be hard to trust your European vehicle in the hands of any mechanic when you’re faced with a blocked DPF, especially since there are so many mechanics out there who falsely claim to have experience working on luxury vehicle brands. The difference with European Prestige Auto Service is that we have the track record to prove our outstanding attention to detail and competence when it comes to servicing prestigious vehicle brands, including BMW, Mercedes-Benz, Audi, Porsche, Skoda and Volvo. Not only do our skilful auto technicians have a wealth of experience, as well as the latest technology and equipment at their backs. In addition to this, they also ensure to treat your vehicle with the utmost level of care and respect- as if it were one of their own.

To book an appointment with European Prestige Auto Service, contact us today!